How to Get R.I.C.H. in three easy steps!

by Mordecai the Foul, edited by Babafish

“I propose that unemployment is not a disease, but the natural, healthy functioning of an advanced technological society getting R.I.C.H.”

Abundancy economics is a natural result of a well managed whole system, or “cybernetic homeostasis”.

Robert Anton Wilson said that in the 70’s, he wrote this original version of this article, as well as coining the acronym R.I.C.H. for Rising Income through Cybernetic Homeostasis but today we call it crypto, defi, decentralized networks, P2P sharing economies, and NFTs.

The emerging web3 economy, everything from NFTs, cryptocurrencies, de-fi, DAOs, reflect many futuristic concepts and conversations between Robert Anton Wilson and Timothy Leary and the *Hippies who saved physics back in the 1970’s, all of which were inspired by Buckminster Fuller’s World Game, Global Energy Grid, and “abundancy” economics, all apart of the design revolution which these early proto-futurists seeded into the underground.

Those architects, way back in the late 60s and 70s, were all dedicated “futurists” and were memetic designers, seeding ideas into the underground where they would then seed the coming generation behind them.

In the late 60’s throughout the 70s, these individuals comprised what was called “counter-culture”, influencers who reach the creative and intellectual classes in society. Tim Leary and Robert Anton Wilson would be what is called now “key influencers” in the counter-culture of the 60s and 70s.

Back then, the “counter-culture” was comprised of leftist, even marxist political influences, as well as “anarchists”.

Here is the rub.

What were called “anarchists” back in the 60s and 70’s are today known as “libertarians”, a newer term not used back then.

Back then, Anarchists were always far right, and the socialists always far left. They were both lovably nuts.

Important part, is they both were futurists.

And the smart folks realized the best thing to do was to smash their ideas together and find where they could collaborate.

The Counter Culture was responsible for producing all of these ideas we see today; and that “counter culture” was comprised of both left and right wing in the 60s and 70s.

We forgot about that, because back then, they were called “anarchists” and everyone assumed counter-culture was only “far-left”, but as the plot unfolded, anarchists became Libertarians as time grew on.

“Eagle needs both wings to fly” as coined by fellow ELF Abbie Hoffman.

This was all by design. The “Five Fingers of Eris”, the emblem of our Sacred Order, is a symbol of two arrows meeting arrow-head on into one big smash up, two opposing forces uniting on shared and common purpose and creating something new.

If we look at our Elon Musk and Bezos rush to space, cryptocurrency, meta-verse reality we exist in 2022, it’s hard not to realize that the memes Robert Anton Wilson and Timothy Leary and friends began as the Erisian Liberation Front in the 60s and 70s gave us much of what we have today as the internet.

Sorry about that. We made the mess, we will clean it up!

This is why we have prepared the new and improved “Principia Discordia” for web3 and 2023!

*ELF 101. It is a fact that Tim Leary and a few crazy quantum physicists saved physics. Even Carl Sagan visited ol Tim in Folsom prison. Learn your history https://www.scientificamerican.com/article/how-the-hippies-saved-physics-science-counterculture-and-quantum-revival-excerpt/ 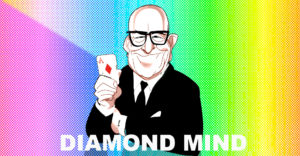