The Final Apoca-hoax of Eris, the Goddess of Chaos and Disagreement

In the 1970’s Eris initiated what is known as the First Turning of the Wheel of Chao, by tossing a Golden Apple into Silicon Valley, launching Apple Computer, CopyLeft, and eventually Web 1.0 in the early 1990s.

The Apoca-hoax of Eris is The Second Turning of the Wheel of Chao, Web 2.0.

The time was “earlier internet years” between 2004 and 2007, and Eris, the Great Goddess of Chaos and Disagreement, was getting bored. All non-prophets were in the throes of enthusiasm about “the web 2.0”.

Some small bunch were even hailing “The Pinnacle of Peak of Knuck Kadoodle!” a sacred realm that represent a perfect society, well functioning, a perfect balance of Hodge and Podge.

This raised the ire of Eris.

Eris went to view this new wonder known as the world wide web, and heard the cries of all the peoples shouting across it on AOL message boards.

“Lets make the web expose all the corporate lying bastards!”

“Let’s make the web expose all the lying bastards who make war and suffering!”

“Let’s make the web expose all the lying bastards on Wall Street!”

“Let’s make the web expose all the lying bastard politicians!”

Eris could hardly believe what she was hearing.

Everyone appeared to want the same thing from the world wide web!

Even her very own non-prophets were raving about this new earth civilization where Hodge and Podge would come to balance out on the world wide web. The bells of liberation rang around the world.

“Well…”, Eris thought to herself, “maybe it is time to give the people exactly what they want.”

It was at this moment that Eris tossed The Golden Lemon on the world wide web, creating Web 2.0

When Eris tossed the lemon on to the internet, initiating Web 2.0, this is known as the Second Turning of the Wheel of Chao.

What’s more, the very Holy Book of Eris herself, the Original Manual of Operation MindF*ck, Principia Discordia, and the secret architect Mordecai the Foul, born in the underground culture of the 1960’s and 1970’s, became the blueprint for memes on the world wide web 2.0 holy wars of Goog and Facebook-ma-goog, inciting the armies of the wrong-left and the too-right via ad buys, designed by Illuminatus poop-heads.

Now, all of web 2.0 was just like the original Principia Discordia, but worser!

Now everyone was fnording the signal!

Now all the lying bastards were distributing the para-language of The Erisian Liberation Front to millions who could only make nonsense of our non-sense, perverting into every Kek, Qook, Quack, and Qabal who have no wisdom of the fnord hole!

This new generation of lying bastards even replaced the Patron Saint of Discordia, Emperor Norton, with the Great Ape of the Apaco-hoax, the False Emperor God King the Orange!

Even Eris herself was forgotten, and in her place was pee-pee the green frog and the spooky ghost noodled appendage of the flying spaghetti monster!

Eris’s great apaco-hoax became even a blasphemy upon our Holy Goddess of Disagreement, even the non-sacred was no longer sacred.

This allowed the secret order of Aneris, Eris’s evil twin, Goddess of Order, worshipped by the Illuminatus poop-heads, to become powerful on the internet through the powers of Goog and Face-ma-goog.

This was led by Turd Lord the Loaf and Meister Simon Sucklimes from the Order of the *Illuminatus poop-heads, perverting the chaos of Eris into the division of the world wide web we have today, shocking even the non-prophets of Eris herself.

This event is now known as “The Holy F*ck Up”, which is how the golden lemon came to symbolize the Podge to the four sided ternary dice of the Hodge in Principia Discordia 3.

The non-prophets, seeing this new level of wizardry, finding it not funny, received the instruction to “make it funny” and use it to bring balance back to the Hodge and the Podge on the world wide web.

This became known as “THE DEAL”.

In “The DEAL”, What was previously from the original Principia Discordia known as “All rites reversed”, in PD3, it is now updated for web 2.0 absurdity, called “copy lemon” licensing.

The Erisian Liberation Movement is a non-dosh movement, we don’t make money from Principia Discordia3, ever.

However, we want you to!

Not only can anyone reprint what they want from Principia Discordia3, but anyone can also create their own NFT from all works therein!

Additionally, should any dosh ever be transacted from the sale of those NFTs, all dosh can never be distributed back to the creators of Principia Discordia3, but 10% of all proceeds shall go to our Chartiable Autonomous Organization (CHAO) which distributes all monies to pay for Wifi and cellphone costs for the village of Commons in the Phillipines, eventually paying all cell phone bills for low dosh communities world wide!

NFT what you want!

What happens next we have no idea.

*The Sativa Gardens Brotherhood is the the realm of re-birth for all ELFS and Discordians who keep sacred the Chao, whereupon death, in keeping with THE DEAL, take re-birth as a strain of sativa cannabis from Northern California, returning a $4B crop industry, helping people get R.I.C.H. and increasing universal unemployment for all.

*ELFS will note, the Holy Slice of Lemon has eight perfect sections, representing the eight activations of the pineal gland which Dr. Timmy Jams contributed to the history of the Master Meme Fnord. 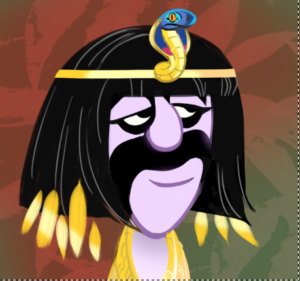